My Facebook literary group is keen to read about plagues. Albert Camus’ “The Plague” is popular.  I like a more indirect approach to PlagueLit, though. 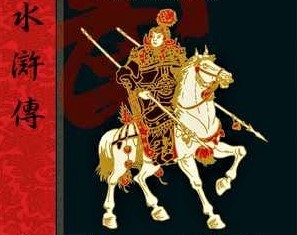 The classic Chinese novel “Outlaws of the Marsh” is hardly at all about plagues, but the action does get kickstarted by one, as I wrote in my post on “Two Epidemics in Three Chinas.”  I recommend John Zhu's exuberant podcast recounting of “Outlaws” as a painless way to ease into the pleasures of the tale:

“Take the story of Robin Hood, amp up the character count to the level of, say, the Illiad. Add in a dash of the X-men, where every superhero has his or her own special powers. Mix with some of the elements of brotherhood and magic from Lord of the Rings. Infuse it with the bloodthirstiness of the HBO series Rome, and set it against the historical backdrop of one of the golden ages of one of the world’s great empires, and you will arrive at some approximation of the Water Margin… It’s no exaggeration to say that basically every Chinese person is familiar with at least the novel’s main characters. The colorful stories from the novel have been told and retold for centuries, in tea houses of the Ming Dynasty, on opera stages, on radio programs, in television shows, on the movie screen, and in countless Chinese homes generation after generation.”

For a grimmer COVID-19 mood-affiliation, you could try Joseph Bottum’s lament for “The Way We Read Now,” an essay adapted from his new book The Decline of the Novel.  “The decline of the novel’s prestige reflects a new crisis born of our culture’s increasing failure of intellectual nerve and its terminal doubt about its own progress.”

True, but not a reason to neglect the great moderns, I think?  Stockholm, Are You Listening? Why Don DeLillo Deserves the Nobel.  From DeLillo’s 1985 “White Noise”:

“I feel enmeshed, I feel deeply involved. It’s no wonder they call this thing the airborne toxic event. It’s an event all right. It marks the end of uneventful things. This is just the beginning. Wait and see.”

And then there is the case of Philip Roth, in whose magnificent “American Pastoral,” the American Dream is laid low by the cultural plague of the 1960s.  Ted Gioia:

“This is a brilliant novel on a grand scale. You can marvel here at the most delicate 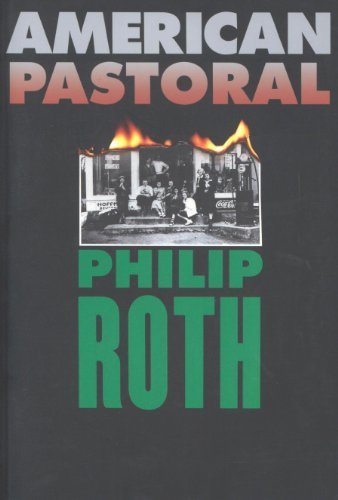 effects—Levov’s visitor tour of his glove factory could almost serve as a case study in how a great novelist handles the smallest details with loving precision—but it is the big picture vision that you will remember long after you have finished this panoramic book. Other novelists may celebrate the American dream or dismiss it a ruse, but Roth avoids both extremes in a nuanced work that deconstructs our ideals and exposes their vulnerabilities, while still keeping them intact. And if this doesn’t add up to The Great American Novel … it gets pretty darn close.”

Or you could just slack off with The Forty Best Literary Adaptations to Stream Right Now.

Economists are not much good at prediction, but, given hindsight, can be startlingly productive:

Economics in the Time of COVID-19,  a short book from CEPR’s VoxEU portal, was out as early as March 6, now accompanied by a peer-reviewed online journal, COVID Economics. The IMF has a COVID-19 Policy Tracker for government economic policy responses in some 193 economies. The Federal Reserve also has a coronavirus hub, as does the Economist magazine.

Olivier Blanchard sees three jobs for fiscal policy: spending to control the infection (a no brainer),  disaster relief to get funds to cash-strapped households and firms (also a no brainer), and supporting aggregate demand, which is trickier. At least governments in advanced countries needn’t worry about public debt, which will remain sustainable because of zero or negative real interest rates. He is “much less sanguine about emerging-market and developing economies though.”

In “Notes on the Coronacoma (Wonkish),” Paul Krugman treats us to a column relatively free of the dreaded Trump-derangement virus, and, instead, uncorks his incomparable talent for explaining complex economic problems in plain English. (For the complicated version, see, for example, here.)  This is not a conventional recession brought on by a slump in aggregate demand. It is “the economic equivalent of a medically induced coma, in which some brain functions are deliberately shut down to give the patient time to heal.” During this deliberate coma, the government mainly needs to provide “disaster relief” to jobless workers and firms on the edge of bankruptcy rather than a big stimulus package. The Trump Administration’s $2 trillion ‘CARES’ fiscal package is, Krugman admits, mainly on target with disaster relief.

In the The Federal Reserve's Coronavirus Crisis Actions Explained Parts One and Two, Nathan Tankus details the formidable artillery the Fed is deploying against the threatening mother of all financial crises, including unprecedented direct lending to the private sector. The WSJ has a shorter summary here.

Probably our hunter-gatherer hominid ancestors some two million years ago, says Larry Arnhart in “The Paleolithic Origin of Science and Philosophy in the Art of Tracking.” Persistence hunting, the practice of chasing the hunted animal for hours until it collapses from overheating and exhaustion, was probably the earliest form of hunting, before the invention of hunting technologies like bows and arrows.

“… in difficult terrain, the hunters had to imagine the likely route the animal might take so that they might reconstruct the animal's behavior and decide in advance where they might find signs.  This would require what Liebenberg calls "speculative tracking" that uses "hypothetico-deductive reasoning." … Similarly, ancient hunters tracking an antelope had to interpret visible tracks as signs to be explained by hypotheses about the invisible movements of the antelope.  This abstract mental capacity for hypothetical reasoning could evolve by natural selection because those hunters who were good at this were more likely to have antelope for dinner.”

Here is a video of trackers in the Kalahari Desert, on an eight-hour persistence hunt for a kudu bull.

If you’re looking for just one person who invented science, though, how about Aristotle? Modern “Neo-Aristotelians” assert  that no one has thought more productively about the fundamental concepts and methods of scientific explanation. In “The Lagoon: How Aristotle Invented Science,” the evolutionary biologist Armand Marie Leroi recounts Aristotle’s exhaustive study of animal anatomies – sea urchins, snails, marsh birds, dolphins, and fish -  and of how these structures serve the functions of life.  A review of Leroi’s book says this about Darwin’s appreciation for his great predecessor:

“Darwin knew almost nothing of Aristotle until 1882, when William Ogle, physician and classicist, sent him a copy of The Parts of Animals he'd just translated. In his note of thanks, Darwin wrote: ‘From quotations which I had seen I had a high notion of Aristotle's merits, but I had not the most remote notion of what a wonderful man he was. Linnaeus and Cuvier have been my two gods, though in very different ways, but they were mere schoolboys to old Aristotle.’”

“Aristotle’s physics does not enjoy good press. It is commonly called “intuitive”, and at the same time “blatantly wrong”. For instance, it is commonly said to state that heavier objects fall faster when every high-school kid should know they fall at the same speed… From the perspective of a modern physicist such as myself, this widespread and simplistic dismissal of Aristotelian physics is profoundly misleading... I argue here that contrary to common claims Aristotle’s physics is counterintuitive, based on observation, and correct (in its domain of validity) in the same sense in which Newtonian physics is correct (in its domain).”

Class Struggles of Our Time

Jules Krein in the American Affairs Journal says The Real Class War is between the topmost 0.1% and the professional-managerial elite 9.99% just below them, who are getting left in the dust by the super-rich:

“Since 2000, the combination of stagnation, widening inequality, and the increasing cost of maintaining elite status has arguably had a more pronounced impact on the professional elite than on the working class, which was already largely marginalized by that point. Elites outside of the very top found themselves falling further behind their supposed cultural peers, without being able to look forward to rapid­ly rising incomes for themselves. This underappreciated reality at least partially explains one of the apparent puzzles of American politics in recent years: namely, that members of the elite often seem far more radical than the working class, both in their candidate choices and overall outlook. Although better off than the working class, lower-level elites appear to be experiencing far more intense status anxiety.”

Also at American Affairs, Michael Lind draws the critical battle line in The New Class War  elsewhere: the super-rich and the managerial elite allied against the rest:

“If I am correct, the post–Cold War period has come to a close, and the industrial democracies of North America and Europe have entered a new and turbulent era. The managerial class has destroyed the social settlements that constrained it temporarily in the second half of the twentieth century and created a new kind of politics, largely insulated from popular participation and electoral democracy, based on large donors and shifting coalitions within a highly homogeneous coalition of allied Western elites. Following two decades of increasing consolidation of the power of the managerial class, the populist and nationalist wave on both sides of the Atlantic is a predictable rebellion by working-class outsiders against managerial-class insiders and their domestic allies, who are often recruited from native minorities or immigrant diasporas.”

Joel Kotkin at Quilette homes in on the split within the middle class, between “The Two Middle Classes:”

“Politicians across the Western world like to speak fondly of the “middle class” as if it is one large constituency with common interests and aspirations. But, as Karl Marx observed, the middle class has always been divided by sources of wealth and worldview. Today, it is split into two distinct, and often opposing, middle classes. First there is the yeomanry or the traditional middle class, which consists of small business owners, minor landowners, craftspeople, and artisans, or what we would define historically as the bourgeoisie, or the old French Third Estate, deeply embedded in the private economy. The other middle class, now in ascendency, is the clerisy, a group that makes its living largely in quasi-public institutions, notably universities, media, the non-profit world, and the upper bureaucracy.”

For the stats on the plain-vanilla middle class, the 60% in between the top 10 and the bottom 30, see the OECD report “Under Pressure: The Squeezed Middle Class.”